Five stars city in Italy! The origin of Renaissance. Not mention awesome churches, the street boys and girls are gorgeous. My German teacher has described Italy girl “bewusst sein” as women, which means Italy girls are born to know “I am a woman and go chase me, everyone.” This is so true, haha…. I almost forgot how beautiful it is, until I re-write this article.

Speak to Florence, you shouldn’t miss Cattedrale di Santa Maria del Fiore, which was build with Gothic style in 1296 and finished in 1436. Now it’s the main church in Florence and belongs in world heritage. I was overwhelmed when I was standing there. Sparkling, dazzling and super shining white! Maybe you can try to climb to the top the Dome, it’s cool if you’re not rush. Let’s rock with the unbelievable Dome! 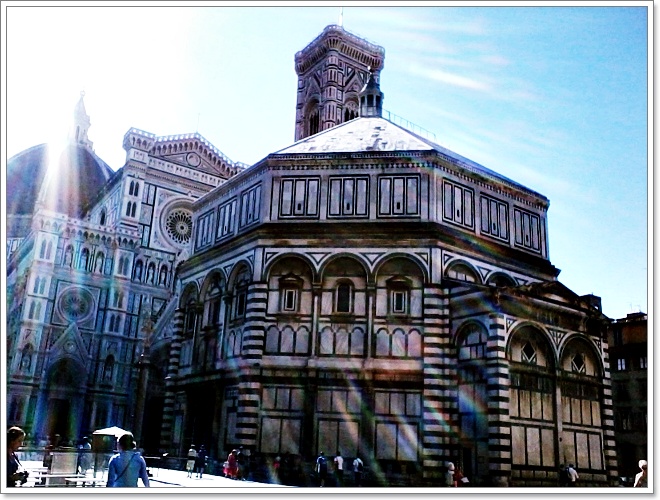 Ponte Vecchio (Old Bridge) is one of another place you should visit. Enjoy the old age architecture and step at the road in the evening. It’s a pity! I lived at 7 Santi Hostel, which it needs to take bus to get there, so I need to be back earlier. However, this is a beautiful hostel, which was a convent in 19th century and renovated to a hostel now. Cheap to get high quality place.

Oh~My passion looks like fire. It can burn all the deserts. People in Italy are not only passionate, but also every girls have strong women characteristic. So, it is not easy to choose who is the most beautiful girl today. We met a woman who come from Taiwan. She works in Germany. We exchange our food information we ate today. One of beef stomach bread is located on outside of central markets, which many Taiwanese suggested to eat.

Another one (Nerbone) is at inside of central market. She suggested we can eat at La Casalinga, where many people in Italy go to eat. It is located near Pitti Palace. The restaurant looks like family food, and everybody looks like friend with waiters. Pasta tastes to fit Taiwanese. Tiramisu tastes like Hualien Tiramisu, but Hualien Tiramisu is more heavier and more cheaper. Carmel Pudding tastes like ILATE pudding, and also cheaper more. Piazzle Michelangelo is in the hills. It is suitable for watching sunset. I hear some people singing let it be. Maybe the future is still blur, however, it will change in one day. And I want to live better. 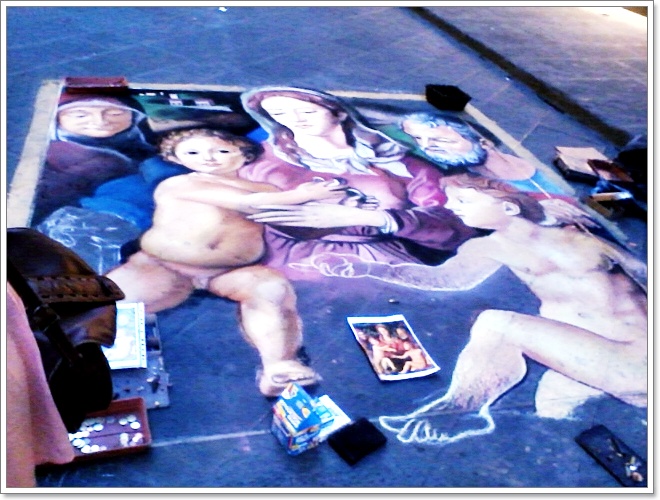 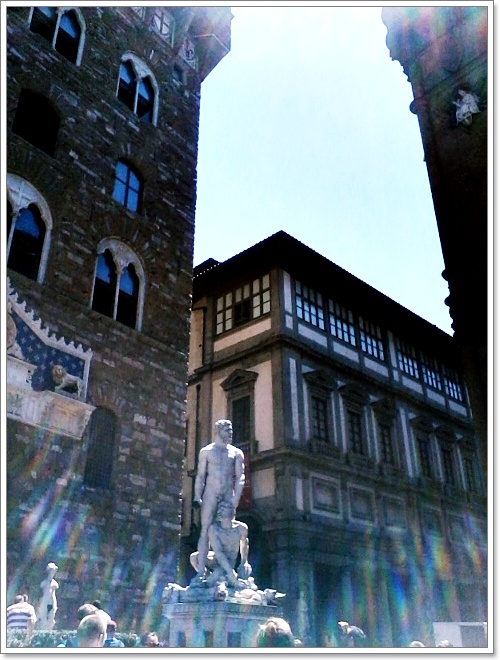